The field of science is very much Male-dominated. When asked to name an Indian scientist, most of us can only think of APJ Abdul Kamal or Srinivasa Ramanujan. It’s not often that someone named an Indian woman Scientist.


Many women, over the years, have made immense contribution to science, and have also saved a path for others to follow. Let us look at top Indian women Scientists who have broken stereotypes and are an inspiration to all. 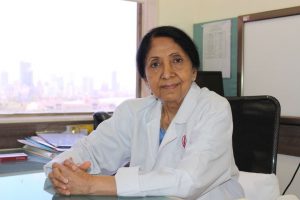 Dr. Indira Hinduja M.D., Ph.D. is an Indian gynaecologist, obstetrician and infertility specialist based out in Mumbai. She is the first to deliver a test tube baby in India. She is a pioneer of the game intra-fallopian transfer technique (GIFT), and has also delivered India’s first GIFT baby on 4th January 1988.She is also credited for developing an oocyte donation technique for menopausal and premature ovarian failure patients, giving the country’s first baby out technique on 224th January 1991.

1. Young Indian Award in 1987
2. Outstanding Lady Citizen of Maharashtra State Jaycee Award in 1987
3. In 1994 Bharat Nirman Award for Talented Ladies
4. International Women’s Day Award by the Mayor of Bombay (1995; 2000)
5. Lifetime Achievement Award by Federation of Obstetrics and Gynaecological Society of India in 1999
6. Dhanvantri Award by the Governor of Maharashtra (2000)
7. Padma Shri award from Government of India in 2011. 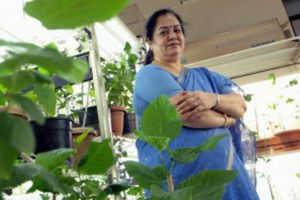 Paramjit is a scientist in the field of Plant Biotechnology, Genomics, Molecular Biology. She is presently Professor in the Department of Plant Molecular Biology in the University of Delhi. She have published more than 125 scientific papers.

1. Khurana is recipient of the ‘Certificate of Honour’ awarded by the Gantavaya Sansthan on International Women’s Day 2011.
2. Professor Archana Sharma Memorial Award of the Indian Science Congress Association in 2011-12 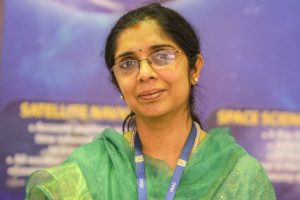 Nandini is a rocket scientist at the Indian Space Research Organisation (ISRO) Satellite Centre in Bengaluru. She has worked on 14 missions in her 20 years of work. She is a part of Mars Orbiter Mission, Maangalyaan, and her first exposure to science was the popular cult television series Star Trek.

1. A Mechanism for Observed Inter annual Variabilities over the Equatorial Indian Ocean.
2. Resources at-1 mission planning, analysis and operations- Outline of Key components 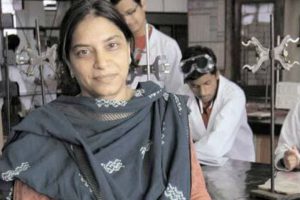 Charusita is known for her work on the basis of molecules and effects of change in molecular base on DNA proteins. She has also worked on Classical and Quantum Monte Carlo, Molecular Dynamics and Structure and Dynamics of Liquids. She worked as a Chemistry professor at IIT Delhi.

On 29th March 2016, she passed away after a long and arduous battle with breast cancer.