Big Boss 13 has emerged as the one of the most successful season so far. The ongoing popularity extended the show five weeks more and hence the grand finale takes place on February 15.


Big Boss 13 is incomplete without Salman Khan. The participants fights the whole week, while Salman makes his presence on weekends only.

The show gain the TRPs on weekend since people love to watch Salman on two days of weekends. 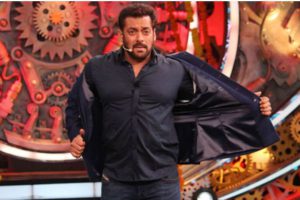 Salman is speculated that his family has ask him to quit the show due to his health issues. But close sources from Bollywood rubbished this news.

Big Boss 13 is having too many fights between the contestant sometimes physically also. Although Salman solves the problem with lots of patience, but his family is so tensed.


Salman a few years ago suffered from a rare disease TRIGEMINAL NEURALGIA, which doesn’t allow him to get angry as it hurts his nerves. While he was fully recovered still his family doesn’t want him to take any type of stress.
Hence the rumours fall fake about Salman quitting the Big Boss 13.