In the midst of the coronavirus attack, another crisis has aroused to tackle in India, the Locust attack in Jaipur is expected to spread in other parts of the country as well. The direction tracker of these insects has set a red alert to all the farmers in the northern parts of India, with a proper advisory to tackle the issue. The worry here is that this tiny little insect called locust is a voracious crop eater and possess a threat to create a dreadful situation destroying all the grown crops causing further famish condition during the COVID crisis. This attack of Locust is the worst so far experienced in the last 26 years and spread over agriculturally rich states like Punjab, Gujarat, Maharashtra, and Madhya Pradesh after having created its destructive panic scenario in Rajasthan.

In the investigations for finding the reasons for such massive locust explosive spread, it was found that the gusty winds from the Bay of Bengal, can be the reason for the massive migration of the insect. This Locust movement is expected to continue across the month of June and July, as it is closely associated with the gusty winds and monsoon waves that will continue until July, post which these locusts might settle down during their reproductive phase. This attack is less likely to spread in the Southern part of India, as the windy will flee them towards the northern side of the country. This locust can create a major threat to our food and crops, as they have massive destruction capabilities. 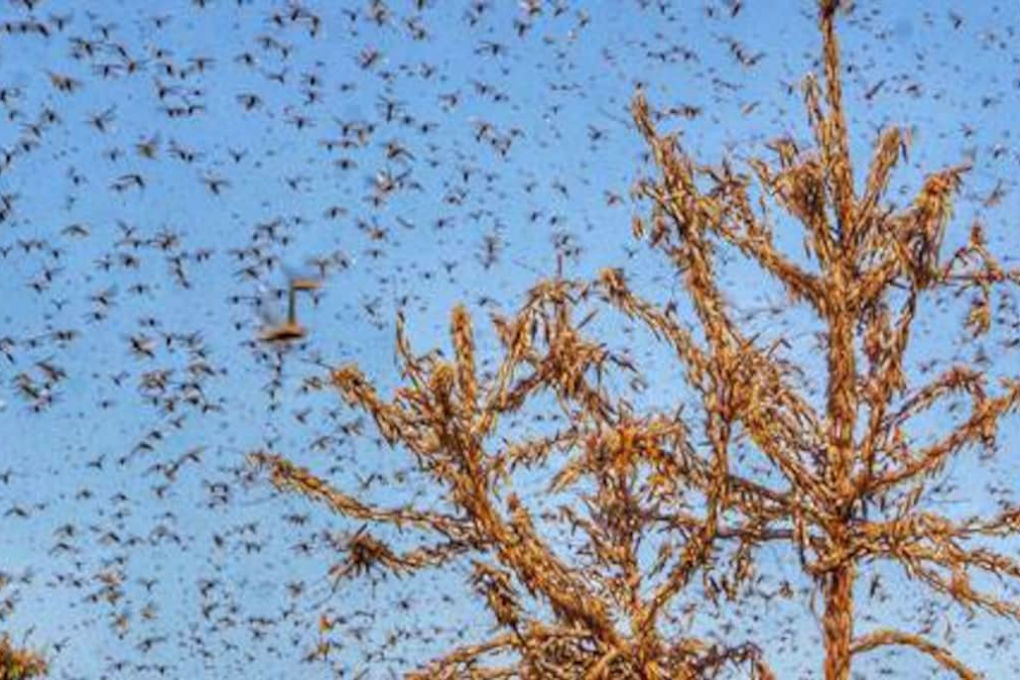 The Delhi government has listed measures to sway off the locust from the farms and has also issued advisory for the general public to combat the attack. Many awareness campaigns have been run to ensure the spread of information to tackle the situation without facing many losses. The circular and campaign listed chemicals to be used – Melathion 50% EC, Melathion 25% WP, Chloropyriphos 20% EC and Chloropyriphos 50% EC- these 4 chemicals are to be mixed and used after diluting in water and sprayed in the evening to control the attack of the insect.

The Delhi government is also worried about the 14 Lakhs saplings in the government nurseries across the states and preventive measure plans are proposed. Covering the sapling with Plastic bags can be a method of prevention against the potential insect attack. In UP, the govt and local masses carried overnight cleaning and spraying operations in every field and blocks using fire bridge to carry out massive spraying missions.

@Video Credit: The Times of India